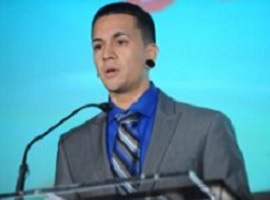 Evan Ajin, is a co-owner and the Vice-President of Operations for NEXUS Services. In a true to life story that rivals the 2006 movie, (“The Pursuit of Happyness”) starring Will Smith and his real life son Jaden, Evan, who has two young sons, is uniquely (perhaps) the greatest “rise to success” story of the twenty-first century. This highly gifted rapper, turned corporate executive, has been…and continues to be, a driving force behind the powerful NEXUS success story. Ajin sits on the board of founding directors of the international ARMED group. We’re proud to have him as a Chicago ARMED board member.