This excerpt from video released to the public shows the most complete version of the shooting of 17-year-old Laquan McDonald. It is edited for length by the Chicago Tribune. Warning: This video contains graphic images. 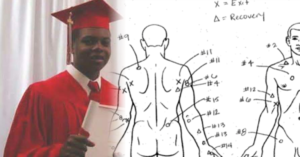 A woman who says she witnessed the 2014 shooting of Laquan McDonald by a Chicago police officer has filed a federal lawsuit alleging police kept her from taking photos and video of the scene with her cellphone and later pressured her to change her story that the officer was not justified in using deadly force.

The shooting was caught on a squad car dashboard camera video, and the court-ordered release of the video last November sparked national protests and a U.S. Justice Department probe of Chicago Police Department practices.

In suing the city, Alma Benitez alleged she was illegally detained at a South Side police station for hours after the October 2014 shooting.

The nine-page complaint, filed Monday, also alleged there is a long-standing code of silence within the Police Department that allowed officers to cover up details of the shooting, including keeping the video out of the public eye for more than a year. 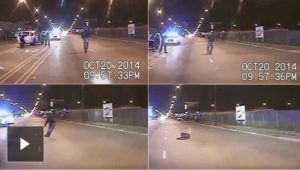 McDonald, 17, was holding a small folding knife and walking away from police in the middle of Pulaski Road, when Officer Jason Van Dyke shot him 16 times, including at least a dozen shots while McDonald lay prone on the street. The city agreed to pay $5 million to McDonald’s family before a lawsuit was even filed. Van Dyke, meanwhile, was charged with first-degree murder after a Cook County judge ordered the dashcam video released.

A special grand jury also is being impaneled to probe a possible cover-up by other officers and supervisors at the scene. Their police reports differed sharply with what was captured on the video.

Benitez had been at a nearby Burger King when the shooting took place, according to the suit. She was one of a handful of people interviewed by television news crews at the scene and was featured in several news reports the next day saying McDonald was clearly not a threat and the officer was not justified in opening fire.

The suit alleged that once police “became aware” she was trying to record the incident, they demanded she surrender her phone and accompany them back to the detective headquarters at 51st Street and Wentworth Avenue, where she was detained for at least six hours. When she told officers what she’d seen, they told her it was “not what really happened” and that their video contradicted her account, according to the suit.

“Chicago police officers pressured (Benitez) to retract and/or forget what she witnessed,” the suit alleged.

The suit accused several officers and detectives of then writing false reports misstating what Benitez and other witnesses at the scene had told them.

Officers at the scene wrote in police reports that McDonald had lunged at officers with the knife before Van Dyke opened fire — an account not corroborated by the video.

The scandal that erupted after the release of the video led to the firing of police Superintendent Garry McCarthy and the launching of the civil rights investigation by the Justice Department into the use of force policies of the Police Department.

Benitez’s lawsuit, which seeks unspecified damages, noted that police Superintendent Eddie Johnson has since recommended that Van Dyke and several other officers at the scene that night be fired. That decision is pending before the Chicago Police Board.