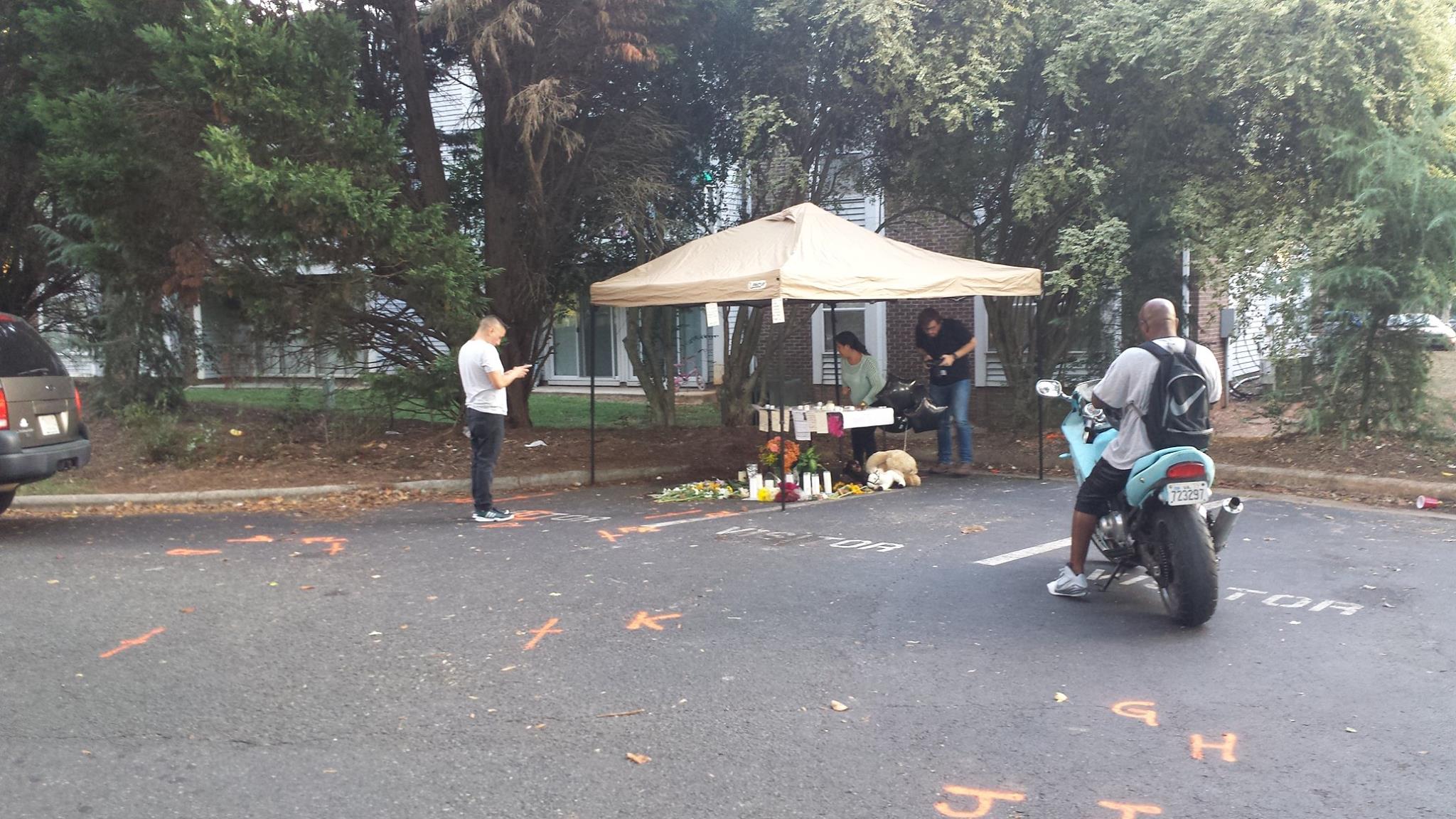 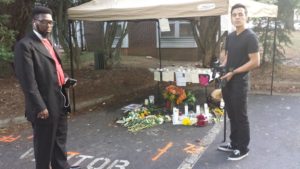 CHARLOTTE, N.C. — Crucial evidence in the police shooting death of Keith Scott is not available because one of the officers failed to activate his body camera as soon as he responded to the encounter, in violation of department policy. The department released two videos late Saturday after four days of sometimes violent protests here over the death of Scott, who police said had a gun. Neither video is conclusive on that question. The grainy body camera video begins showing an officer who appears to be yelling, his weapon drawn, as he and the officer wearing the body camera stand behind Scott’s white vehicle.

Next the officer with the camera can be seen striking Scott’s truck with his baton. Scott gets out of the vehicle, four shots are fired by an officer not seen on the video, and Scott falls to the ground. The officer recording retreats back behind the truck, then doubles back toward Scott’s dying body. But none of those moments in the first 30 seconds of the bodycam video have audio. All are silent, denying investigators and the public key details of what happened immediately prior to the shooting Sept. 20. That indicates the officer, who has not been identified, did not turn on the camera until after the shooting, when audio begins.

Officers with the Charlotte­Mecklenburg PD are equipped with Axon Flex body cameras made by Taser. The city spent more than $7 million in 2015 to buy and implement the use of 1,385 of the cameras, making Charlotte the first major city in North Carolina to have body­worn cameras on all of its patrol officers. (It also bought 15 of a different model of body camera for its K9 officers). These cameras come with a “buffer” function. When a camera is simply turned on, it saves only the 30 seconds of soundless video filmed before an officer “activates” the camera. Audio, however, does not begin to be recorded until the moment an officer manually activates the camera. “When you go on duty, you turn the camera on. But when you turn the camera on it is only in the buffer mode,” explained Steve Tuttle, a spokesman for Taser. “What it’s doing is recording nothing but video. It’s recording constantly, but it’s only saving the last 30 seconds of video.”

In order to activate audio recording and to begin saving video, an officer must double tap a large button on the camera, Tuttle said. The camera then begins recording all audio and video moving forward and automatically saves the video images of the previous 30 seconds. “When you watch some of these videos, they are totally silent for 30 seconds,” Tuttle said. “Then you instantly hear the double beep and that was the very instant the person double clicked the event button.” In the body camera footage released Saturday, the double beep and audio recording are not heard until after Scott has been shot. 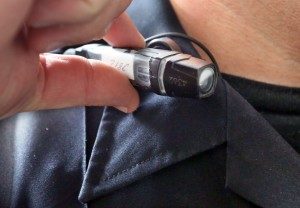 The department’s body camera policy, effective June 2016, states that officers must fully activate their body cameras “prior to or in anticipation of” interactions with civilians resulting from traffic stops, suspicious vehicle or persons investigations, arrests, use of force incidents and voluntary investigative conduct. In the policy, “voluntary investigative conduct” is defined as “the mere suspicion of some type of criminal activity by a person,” which fits the description of why police say officers confronted Scott.

According to the police narrative of the incident, an officer saw Scott hold up a gun, which prompted the plainclothes officers to leave the area, put on vests marked with police insignia, and then return to detain Scott. Those officers did not have cameras. Another officer, responding to a call about a man with a gun, soon arrived. According to the department’s policy, this officer should have activated his camera as soon as he left his vehicle. Instead, he waited for at least 45 seconds, and perhaps longer, before activating his camera.

The police department confirmed Sunday that the first 30 seconds of the body camera footage has no audio because it occurred before the officer had manually activated his body camera. “Once the cameras are activated manually they begin recording audio, however it will go back visually 30 seconds,” police department spokeswoman Jessica Wallin said in an email. The department has declined to name the officer who took the body camera footage, who appears to be the same officer whose dash camera captured footage of the shooting. The latter footage shows that the officer struck Scott’s vehicle with a baton and drew his firearm before activating his body camera.

“We’ve been saying from the beginning that our goal is to find out what happened and exactly why Mr. Scott lost his life,” Justin Bamberg, an attorney for Scott’s family said in an interview Sunday. “It’s evident from the body camera footage that was released, based on how these cameras operate, that the officer did not hit the button to begin recording until after Mr. Scott had already been shot.” Bamberg, an attorney who serves in the South Carolina state legislature, is intimately familiar with how this model of body camera works. As a member of the executive team of the legislature’s black caucus, he helped champion that state’s body camera law, which included participating in a hands­on demonstration from Taser of how this model of camera works.

Bamberg said that, beyond being a violation of department policy, the officer’s failure to turn on his camera prevented the collection of significant evidence that would have shed light on what happened. Had the officer turned his camera on as soon as he exited his vehicle, for example, it could have captured key video that may have shown more clearly what Scott was doing inside his truck and if a weapon was in his hand before he got out of the vehicle. “Information that we could have had is forever gone because of this officer’s failure to follow department policy and procedures,” Bamberg said. “Those policies exist for a reason, and there is a reason the CMPD equips its officers with body cameras – because body cameras provide visual evidence so that when tragic things do happen we don’t have to question exactly what happened.”

“This is just one example of the things that went wrong in this interaction,” he said. “This is another example of something that CMPD did not do correctly.” During a news conference on Saturday, Police Chief Kerr Putney declined to discuss whether officers had followed policy during the interaction, citing an ongoing internal investigation. He also said that there is additional video footage, but he did not clarify whether it was taken by officers’ body cameras, bystanders or other cameras. The department declined to make the chief available to comment on whether the officer had failed to follow the department’s body camera policy during this interaction.

Body cameras have been championed by police departments and reformers alike as a potential plank in the bridge to repairing the trust gap between police departments and the communities they are charged with serving. Out of more than 700 fatal police shootings recorded this year by a Washington Post database, at least 90 of them have been captured at least in part by a body camera. Brently Vinson, the plainclothes officer who shot Scott, was not himself wearing a body camera at the time of the shooting. “Our tactical units don’t all have body worn cameras at this point,” Putney said. “We have an ongoing process to outfit all of our officers so that when they are on­duty or off­duty working secondary employment they will have body cams.”

In the Scott video, once the body camera audio cuts on, various officers can be heard yelling to handcuff Scott, who has begun moaning in pain as he dies on the pavement. Two officers, including the one with the body camera, apply handcuffs to Scott. The second officer looks up into the camera. “Are you on?” he asks the officer wearing the camera. “Uh, I don’t know,” the officer wearing the camera replies.