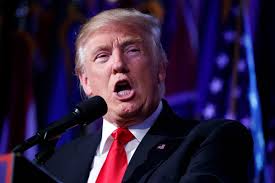 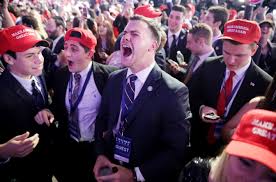 President-elect Donald Trump — the words do stick in my throat — looked and sounded in the early hours of Wednesday morning for the first time at least a little presidential. He was gracious to his opponent, saying we owe her a debt of gratitude for her service to the country. That’s a far cry from “Lock her up!” He properly declared his intention to unify the country and to work on behalf of all Americans. Interestingly, the two central premises of his campaign — immigration restriction and protectionism — were entirely missing from his remarks. He wants to rebuild infrastructure, grow the economy and create jobs.

Somewhere Hillary Clinton is ripping her hair out. But if he drops his agenda and borrows some from hers, the country and he will be better off. We and millions of Americans are fearful that he quite plainly doesn’t know what to do. He’s never held office. He did not take interest in policy. He seems to have only a passing understanding of the country’s democratic institutions. His choice of advisers has ranged from ridiculous to frightful, including many in the thrall of Russian President Vladimir Putin. We fear he will place incompetent and unsteady men and women in positions of power. We fear he will misuse the instruments of power to enact revenge and further his own economic interests. We are most fearful of the damage he will do to America’s international image, our alliances and our defense of human rights. We fear that in the future presidential candidates will reject transparency and refuse to disclose tax returns and other relevant information. We fear he has set new lows for honesty and civility in public life.

The best we can hope for is that, as he said in his acceptance speech, he wins only if he does a good job. Well, an honest man in his position would recognize he is not equipped to develop an agenda; he would take House Speaker Paul Ryan’s domestic proposals as his own and leave it to the House and Senate leadership to usher them through Congress. A clever president who never held office would make Vice President­elect Mike Pence effectively his chief operating officer, allowing him wide latitude to deal with Congress, select personnel and coordinate policy. Pence is at the very least a known quantity, a former member of the House and a straight shooter.

If we want to look for silver linings for the country and the GOP, there are several that spring to mind. First, Trump plainly cares very little about social issues and virtually ignored such issues in the campaign. We perhaps can move beyond fights about gay marriage, and hit pause on the culture wars. Second, if it took Nixon to go to China, perhaps it will take Trump to concede the unworkability of anti­immigrant schemes. Mexico’s not gong to build the wall, nor will Trump be able to deport millions of people. If the immigrant­haters won’t listen to immigration reformers, maybe they will accept more readily his inevitable admission — when the time comes — that these schemes are impossible and unwise. Third, the host of pretenders, connivers and opportunists who were already positioning themselves to run in 2020 are suddenly out of luck. Sens. Ted Cruz (R­Tex.), Tom Cotton (R­Ark.) and Marco Rubio (R­Fla.) can cancel the trips to Iowa and New Hampshire; they’ll be in the Senate or in private life at least until 2024 (unless one decides to primary a sitting president).

Finally, the GOP has no excuses. The party has it all — both houses and the presidency. If Republicans want a better health­care system to replace Obamacare, they should pass it. If they think the military is underfunded, pay for it. If they think Veterans Affairs is a mess, fix it. There is danger in handing over all levers of power to one party, but there is also accountability. We surely hope Trump proves all his critics wrong, finds quality advisers, avoids xenophobic temptations and adheres to a traditional, bipartisan foreign policy. If not and if he runs amok, Republicans in Congress will need to act on their promises to constrain him. If not, the voters will have the opportunity for more “change” elections in 2018 and 2020.