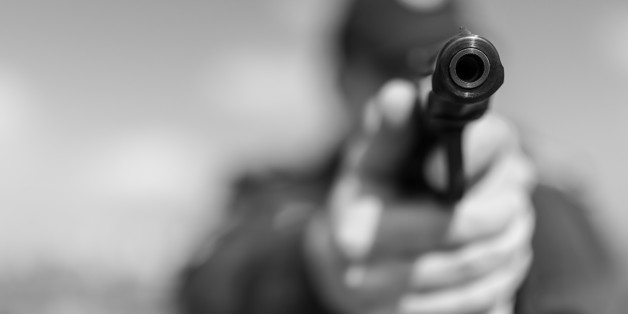 America’s Cops Are Getting Away With Murder—How Can We Stop Them?

The violence will prevail, unless we, the people, have the courage to bring about a new police culture.

The following is an excerpt from the new book Police State: How America’s Cops Get Away With Murder by Gerry Spence (St. Martin’s Press, 2015):

I ’m a trial lawyer. I make arguments. And I ask questions. I’ve defended the poor, the forgotten, the lost, and the damned for over sixty years in the courtrooms of America. Over my career I’ve shut out a haunting question I wasn’t prepared to face: Are we safe from our own police? Have our police become killers on the loose who cover up their crimes— and too often there’s no one to stop them?

Who could have stopped the long- standing police brutality in Baltimore that led to the death of Freddie Gray following his less-than-joyful joyride in a police van, hands cuffed behind him, and without the protection of a seat belt? The medical examiner found that Gray’s “catastrophic injury”— his neck was snapped— happened when he was slammed into the back of the van’s interior. The examiner reported that “a head injury Gray sustained matche[d] a bolt in the back of the van”— just another notorious “rough ride” awarded to citizens who dared be black and make eye contact with a cop.* Gray’s case brought to the forefront other cases of broken necks, paralysis, and death and attempted cover- ups by the police in Baltimore.

In South Carolina, Walter Scott was stopped for a broken taillight, and when he ran he was shot multiple times in the back and killed. The killing cop tried to cover his crime with a phony story about Scott pulling a Taser. Who could have stopped that murder? And while we consider these questions we must remember that the police are our employees. Ours. How do we save ourselves from being brutalized and murdered by our own public servants? …

We’ve been spoon-fed for decades on Law & Order and endless other cop shows assuring us that in America, whether we are rich or poor, powerless or otherwise, our police will protect us. We’ve been conditioned by the corporate media, the voice of Power, to believe that the police put their lives in danger to keep us safe, all of us, no matter our race, color, or creed. Sounds good. And it seems contrary to ordinary decency, even un- American, to ask the police to protect us and then point long, accusatory fingers at them and claim too many are sadistic killers at heart. Moreover, to question the very ones we must trust to keep us safe injects us with the invasive virus of foreboding, and we live with enough undeserved anxiety already.

In the end we find ourselves asking: What power do we possess to protect ourselves from criminal cops? And when the cops and prosecutors, and oft en the judges, are members of the same cabal of power, how can we hope to bring about meaningful reform? Are we shackled by our own powerlessness? Is our only remedy to quietly, subserviently trust the police and hope that the cops who arrive on the scene aren’t suffering from an inborn or recently acquired but irresistible urge to maim and kill? Even our vaunted United States Supreme Court has found ways to protect our “killing cops” and to thereby put us under the fully fledged threat of becoming citizens of a police state.

What can we do? Perhaps we can do nothing more than shrug our shoulders and quietly recite one of those tired old saws: “The system isn’t perfect, but it’s the best damned system in the world— love it or leave it.” Besides, if one of our unarmed kids runs from the police, he should be shot fifteen times and killed. And his date should be killed for dating a kid who would run from the police. Both had it coming, right?

As a trial lawyer, my day- to- day focus has been on protecting the rights of persons charged with crimes, men and women I’d learned to care for and who looked to me to fight for their freedom. I hadn’t stepped back to examine the justice system across the land as a functional, operating organism. But one day, a startling insight slipped into a conscious moment. I realized I’d never represented a person charged with a crime in either a state or federal court, in which the police, including the FBI, hadn’t themselves violated the law— and on more than one occasion, even committed the crime of murder. Could this possibly hint at what many Americans, even most Americans, face in our courtrooms today?

Let me say this straight: I don’t mean to suggest that every cop is a bully, a criminal, or a killer. I do mean too many bullies and criminals and killers are cops. And most get away with it. And that bothersome question arises: What superior force is in place to stop them?

We’re staring at something that’s staring back, something that’s inherently dangerous to a free society. I can no longer ignore what I’ve known all along— and have never wanted to admit: Too many of America’s police are potentially state-sanctioned killers who know if they’re called upon to answer for their crimes they’ll likely be protected by prosecutors and judges.

But police crime is not as easy to hide these days, with vast numbers of our population sporting cell phones with video cameras. And when shocking videos of police killings are publicly shared, the community can explode into reciprocal violence. Rage against excessive police force is becoming mainstream in America. Even the complacent middle class, which for decades has been lulled comfortably by the belief that police crime was isolated to the powerless poor and the voiceless minorities, is beginning to awaken. We remember it was a citizen’s video of a white police officer shooting and killing an unarmed black man as he ran that sparked public fury in the Walter Scott case.

The police in many cities are transforming into paramilitary forces. In years just past, the Department of Homeland Security has doled out $35 billion to police across the land to purchase “weapons of war.” And as the wars in Iraq and Afghanistan have simmered down, the Pentagon itself has dumped $4.2 billion in surplus weapons on America’s police departments.*

The militarization of America’s police, granting them indomitable power over the people, brings on visions of a police state. We remember the German people who actively or passively supported the rise of the Third Reich. If we listen, do we hear the Führer’s ghost laughing? If we listen, do we hear what history has tried to teach us? When the police become the military, the people become the enemy. Even the National Security Agency (NSA), “our international cop,” has recently been caught illegally spying on us, reminiscent as it proves to be of Nazi Germany.

Erwin Chemerinsky, dean of the School of Law at the University of California, Irvine, writes in his timely and cogent article entitled “How the Supreme Court Protects Bad Cops:”

“In recent years, the court has made it very difficult, and often impossible, to hold police officers and the governments that employ them accountable for civil rights violations. This undermines the ability to deter illegal police behavior and leaves victims without compensation. When the police kill or injure innocent people, the victims rarely have recourse.”

From Los Angeles to New York City, and day after day, as common as a summer cold, our attention is called to cases of police brutality and corruption throughout the country. Crowds of grieving citizens attend the funerals, parade in the streets, and write their senators and representatives. We call for investigations, and predictably the police are usually cleared. Nothing changes.

The question is, why? It starts with the social climate in which our police and prosecutors act— another way of saying it starts with us: with our cultural deference to and even adulation for the police, our fear that crime will spike if we limit them in any way, and perhaps our naïve assumption that most people in our system get what’s coming to them even if they were innocent of the particular crime for which they’re charged.

We complain, and with justification,  that the government sticks its nose into everybody’s business. Shouldn’t we expect government to at least take a passing glance at what’s going on in its own house? Shouldn’t we, who sermonize to the world about human rights, be concerned with how our own police treat our citizens, especially the poor and powerless, who, in the end, include most of us?

The New York Times reported: “For all the careful accounting, . . . there are two figures Americans don’t have: the precise number of people killed by the police, and the number of times police use excessive force. In fact, to no one’s surprise, there are practically no statistics out there at all on the numbers the cops have killed”(my emphasis). That was in 2001. Today we are left still recognizing the shocking truth: There is no national database of police- involved killings.

Other competent sources provide us hints about the crisis: The National Registry of Exonerations, a joint project of the University of Michigan Law School and Northwestern University School of Law, tells us that from 1989 to mid-2014 the registry has recorded 1,587 exonerations, and it has been adding exonerations at about 200 a year. …

The New York Times recently focused on how our FBI was behaving. The Times obtained Bureau records through a Freedom of Information Act suit and reported that from 1993 to early 2011, FBI agents fatally shot about seventy “subjects” and wounded about eighty others— and every one of those killings was deemed justified according to interviews and internal FBI records.* Yes, the federal police will admit to some killings, but only when sued by a powerful newspaper, and according to their records, all of their killings have been justified. Are we comfortable with that representation?

Geoffrey Alpert, a professor of criminology and criminal justice at the University of South Carolina and a leading authority on police use of force, says that the lack of good data is “a national scandal.” The police belong to a culture separate from ours. Police departments are oft en like the gangs they encounter— both strive to keep their crimes secret. And we remember that current law aids the police in hiding any misconduct since they’re not required by law to keep records that reveal it, even their killings.

For over twenty- seven thousand years, since the first cave paintings were discovered, and from Homer to the Bible, storytelling has been the chief means by which learning and history have been preserved. The power of story distinguishes us as a species.

It is not my mission to prove that law enforcement in this country is fundamentally corrupt. We are often served by careful, caring, devoted police officers. Police brutality and killings are the product of the system, and until we enact fundamental change, the specter of an enslaving police state is clearly visible on the horizon.